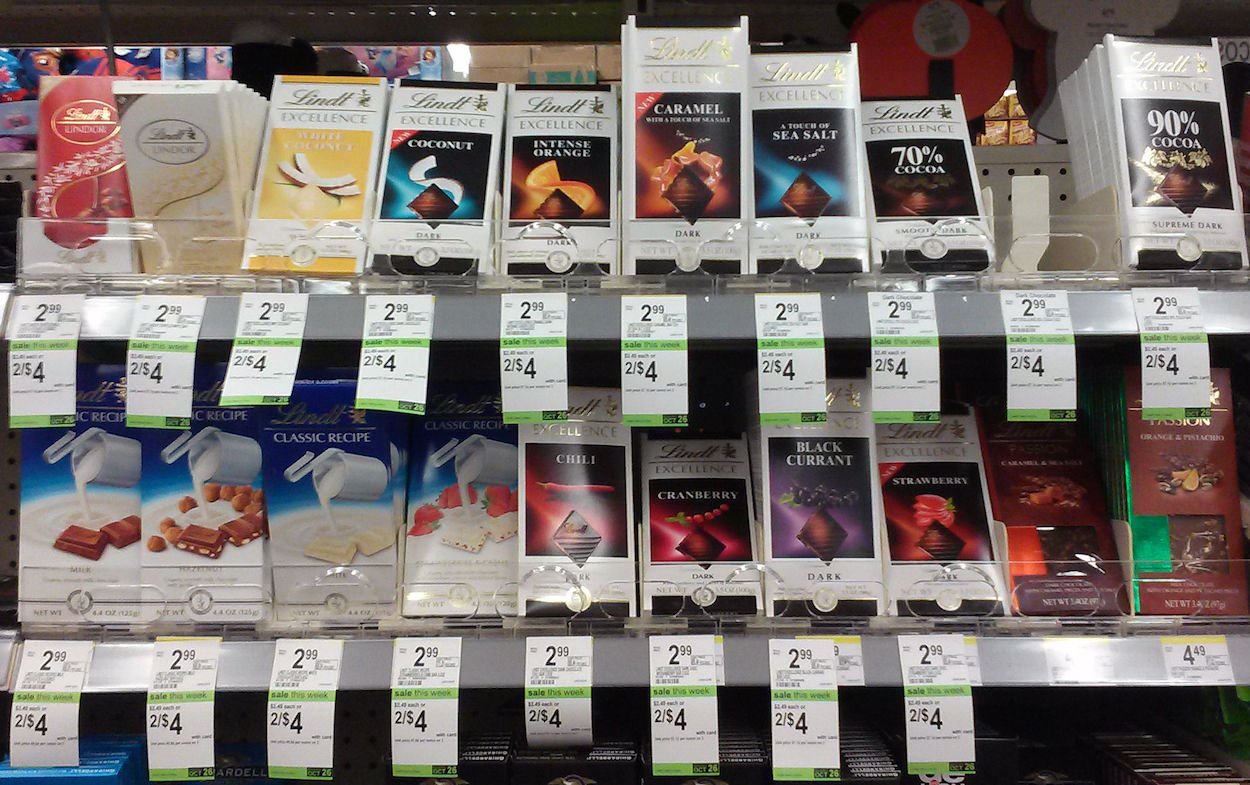 LINDT CHOCOLATE IS NOT KOSHER

This is the answer I got from Rabbi M. Levin, Kashruth Council of Canada – COR:

As far as we know Lindt chocolate made in Switzerland is not kosher certified by anybody that we would rely on.

ABOUT LINDT (company, products and LINDOR)

Try these queries instead: 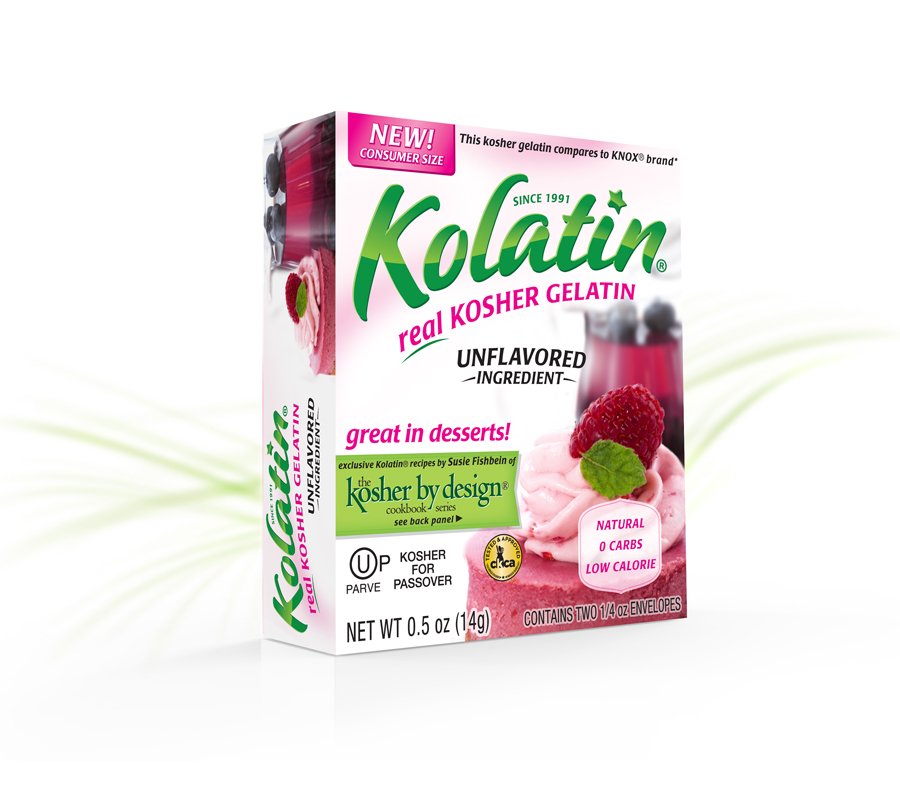 OU certificate when symbol appears
Glatech Productions was founded to develop a high quality Real kosher gelatin, which can be used for the rapidly growing Kosher industry. As the need for Real Kosher gelatin increased, Glatech Productions began mass producing in the U.K. a high-quality Kosher gelatin sourced exclusively from hides sourced in the USA and are now producing in Mexico on an ongoing basis. There have been many gelatin companies over the years, which claimed to produce Kosher gelatin. However, since those gelatins are obtained from non-kosher hides or bones they have not been accepted by any major Kosher-certifying agency in the U.S.A., Canada or most of the world.

The most common kosher gelatin which is used is marine gelatin (fish), as the skins and scales of fish contain relatively large amounts of collagen. This is easier from a kosher perspective since fish do not have to be halachically slaughtered. However, kosher fish is not the only source http://www.ok.org/kosherspirit/fall-2015/fish-gelatin/ 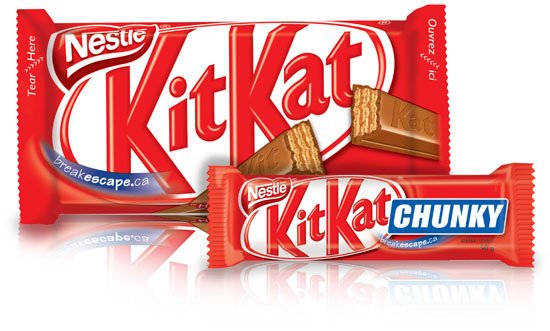 KitKat in Canada is NOT kosher. KitKat made in US is kosher

Kit Kat chocolate bar. Kit Kat in the United States is made by Hershey Foods Corporation, which has the Orthodox Union certification. Here in Canada, it is made by the Cadbury Schweppes group which does not have kosher endorsement for Kit Kat. The formula may be the same but the raw materials and sourcing of the ingredients may not. The glycerin used in Canada may be from an animal source whereas the American kosher product would use glycerin from a kosher source. 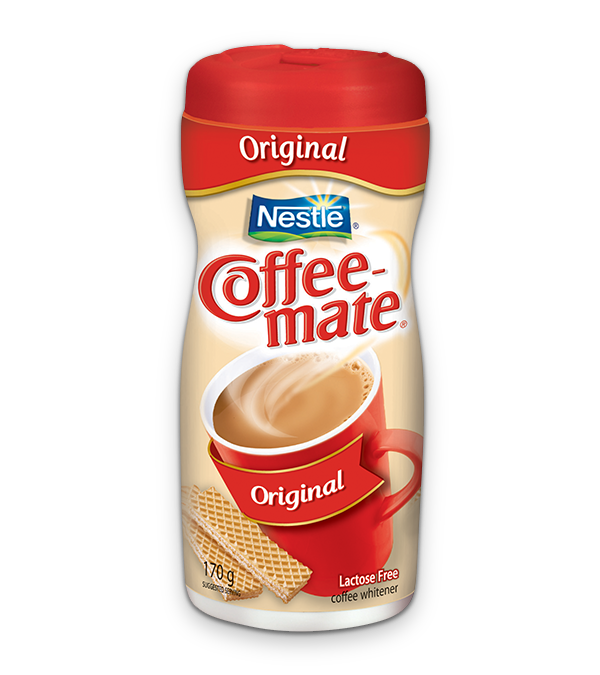 COFFEE-MATE Liquid and Powder products are non-dairy and are Kosher according to the Orthodox Union (as indicated by the OU symbol). As a courtesy, we place a “D” next to the kosher symbol (OU) to alert those who adhere to strict religious practices. COFFEE-MATE contains an ingredient called sodium caseinate, which is a milk derivative, though it’s classified as a non-dairy product. How is this so? 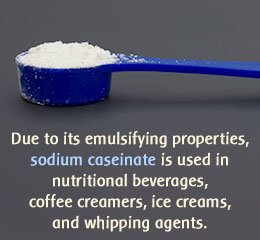 When sodium caseinate is processed, it is so materially altered that both dairy scientists and government regulators no longer regard it as a true dairy substance. This is why sodium caseinate can be an ingredient in non-dairy products, according to FDA, regulation 21 CFR 101.4 (d). Sodium caseinate is also not a source of lactose.

Check to find the word “caseinate” it in the label – Sodium caseinate is a milk protein!
I would treat it at least as DE ( dairy equipment ) if not Dairy. This is up to your Rabbi to decide.

The most kashrus sensitive ingredient often found in toothpaste is glycerin, which is often animal based, and usually makes up one-third of the product. Unquestionably, glycerin without a hechsher should be assumed non-kosher. Nevertheless, Rav Yackov Kaminetzky ztl ruled that kinds of toothpaste containing glycerin were permissible since the primary ingredient in toothpaste was calcium carbonate, which is inedible. Rav Yackov reasoned that the requirement of requiring 60 times the amount of heter in proportion to issur (bitul bishishim) did not apply to a non-food item. Since calcium carbonate constituted a majority of the paste, the glycerin would be nullified based on the principle of bitul berov. Source: Oukosher.org 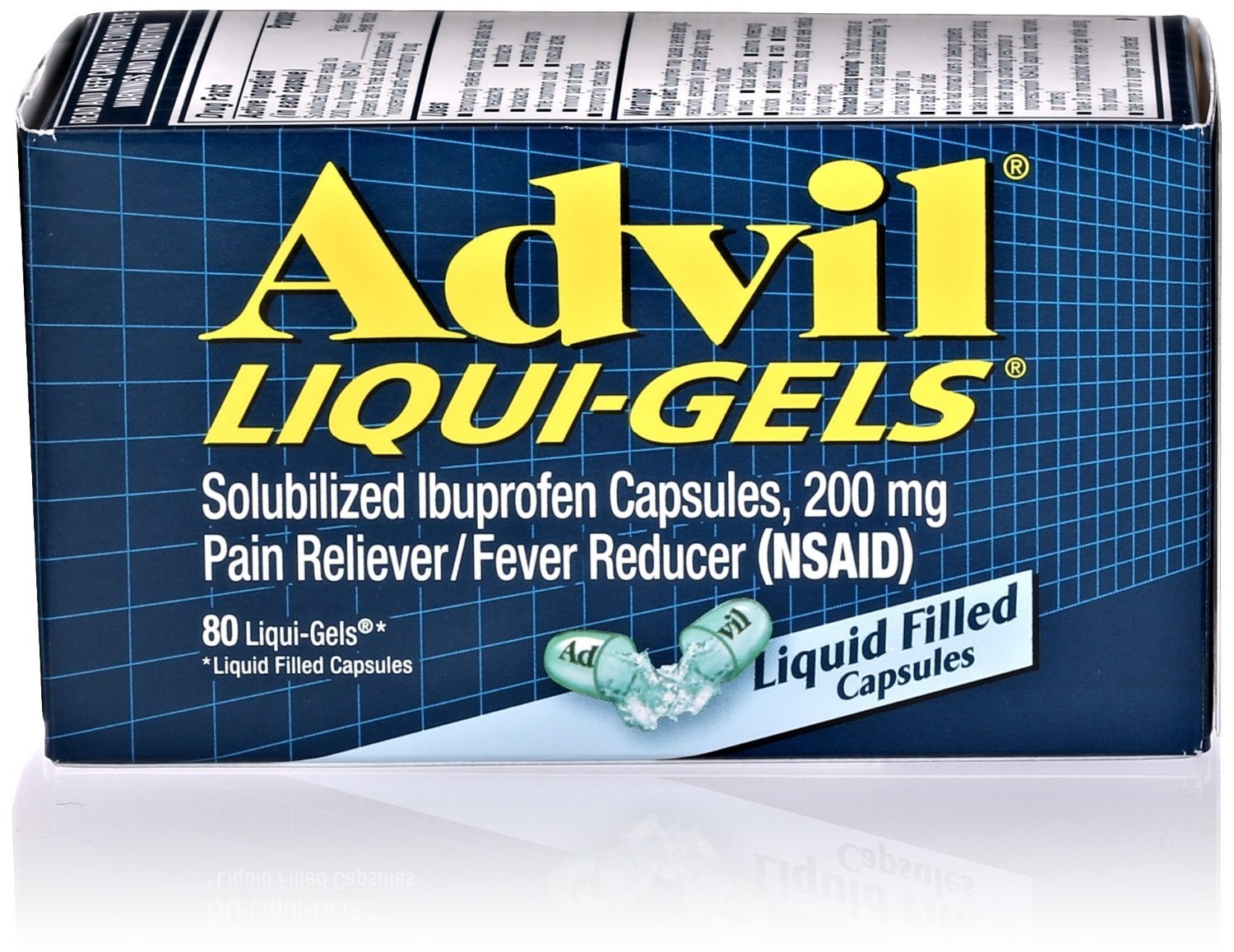 Advil Gel Warning:
According to the Advil web site:

This makes the product not kosher. Bovine is cattle, cow, buffalo etc. 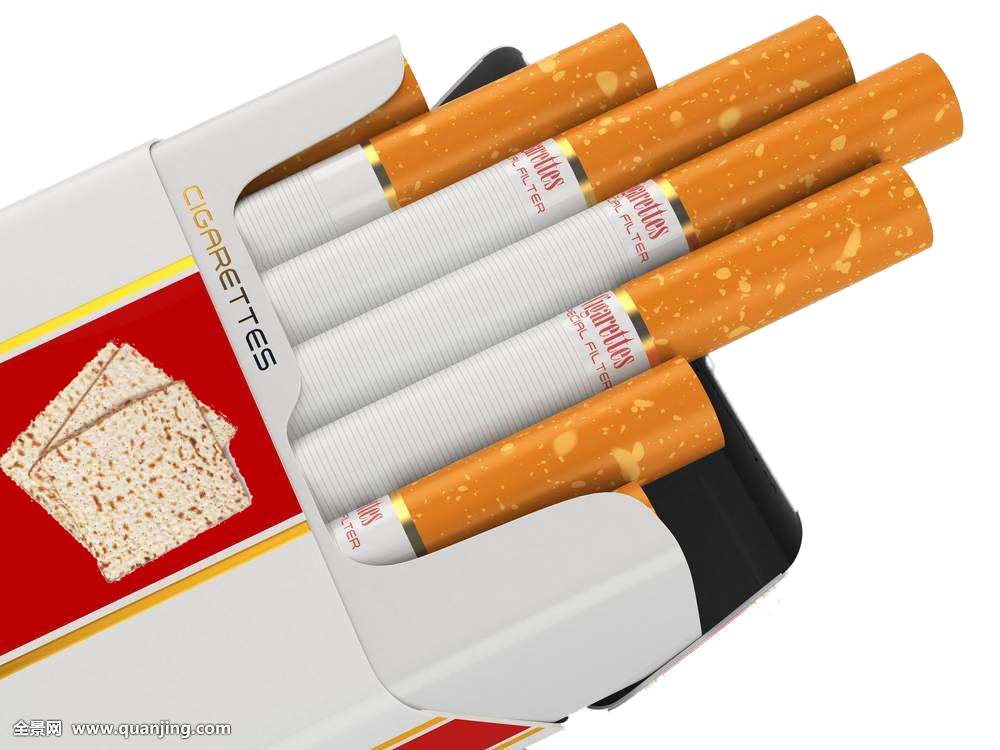 Question: Are cigarettes kosher
In Israel everybody smoking, so I guess it is okay. Never heard any cigarette that is not kosher.
Ask a rabbi to be 100% sure.

The question that you need to ask yourself is: Are cigarettes kosher all year around given their danger to life (sakanat nefashot)?

Question: Are cigarettes kosher for Passover?
The kashrut of tobacco has been a subject of discussion amongst poskim throughout the generations. For example, the Chayei Adam (127:3) cautioned against using snuff tobacco that was known to contain yayin nesech as an additive. The kashrus of tobacco, and cigarettes, during Pesach is a topic that has been heavily discussed in halachic literature. The Magen Avraham in Hilchot Pesach (467:8:10) prohibited using tobacco during Pesach, which was known to have been soaked in beer beforehand. The basis of the Magen Avraham’s stringent position seems to be the prohibition of deriving benefit from chametz, even if not eaten. However, not everyone agreed with the Magen Avraham’s conclusion. The Beis Meir in his commentary on Shulchan Aruch contended that since tobacco and its components are wholly inedible before Pesach, it should be permitted on the basis that it is nifsal meachilas kelev (“not fit for a dog”. See Pesachim 45b) and no longer considered chametz. Similar arguments were also made by Rav Chaim Sanzer in Divrei Chaim (Yoreh Deah 20) and Rav Shlomo Kluger in Tuv Ta’am VeDa’as (3:1:131), who disagreed with the Magen Avraham. However, the Beis Meir also wrote that since fumes from tobacco are ingested through one’s mouth while smoking, it might be comparable to shesiya (drinking), and suggests that perhaps as a chumra people should refrain from smoking during Pesach. The Magen Avraham’s opinion was accepted by the Maharam Schick (Orach Chaim 242), who suggested that the beer additive regains its chametz status once it is smoked (see the Rosh’s commentary at the beginning of the third perek of Pesachim), and is also quoted by the Mishnah Brurah (467:33). However, the Mishnah Berurah writes that since manufacturing processes can change over time, they should be investigated and confirmed. The Aruch HaShulchan (Orach Chaim 467:17) for example, also quotes the Magen Avraham, but noted that the process of soaking tobacco in beer has ceased, and nowadays assumes that it is permissible to smoke during Pesach. Nowadays, cigarettes primarily consist of tobacco, paper, synthetic glue, and a fiber based filter that is derived from tree pulp. The Magen Avraham’s concern about tobacco soaked in beer no longer applies. However, other materials can be added to a cigarette. For example, although the filler of a cigarette rod is principally tobacco, there are instances when a small amount of puffed grains, such as rye or barley, could be mixed in. Moreover, humectants are added to the cigarette to maintain moisture, as well as flavors. Flavors are especially complicated [Read the full article] 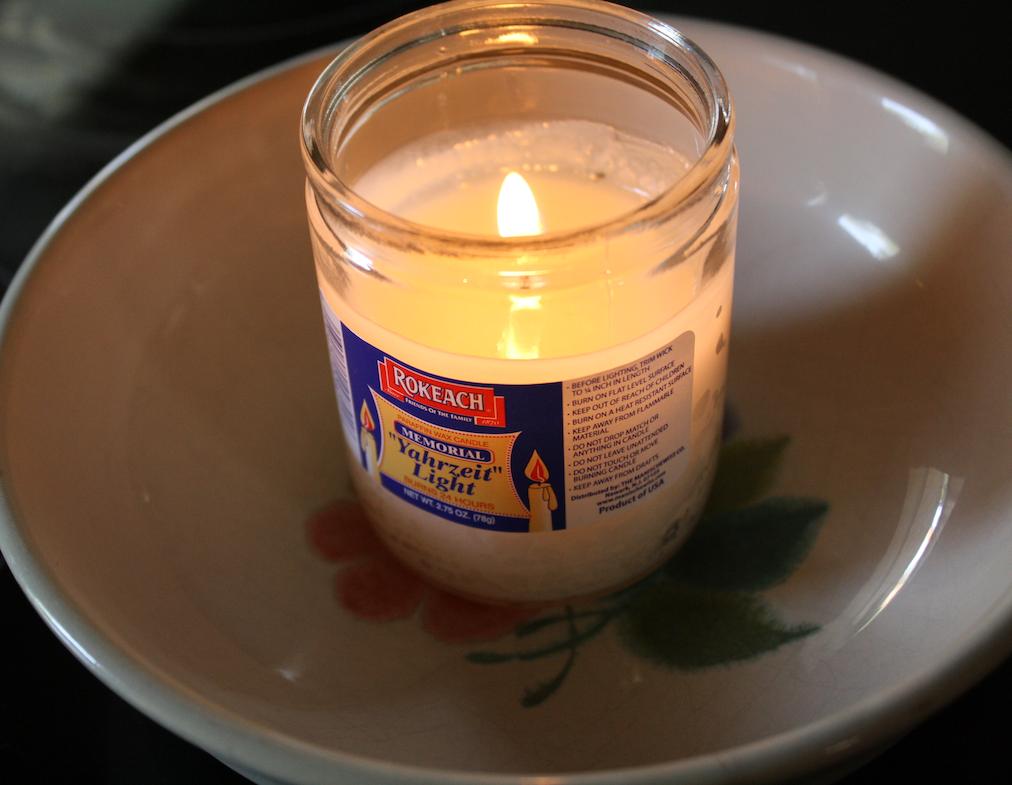 Answer: No, they not exactly celebrate but having luncheon at the date he/she passed away. It called The “Yartzeit”. Read more about The Yartzeit Anniversary 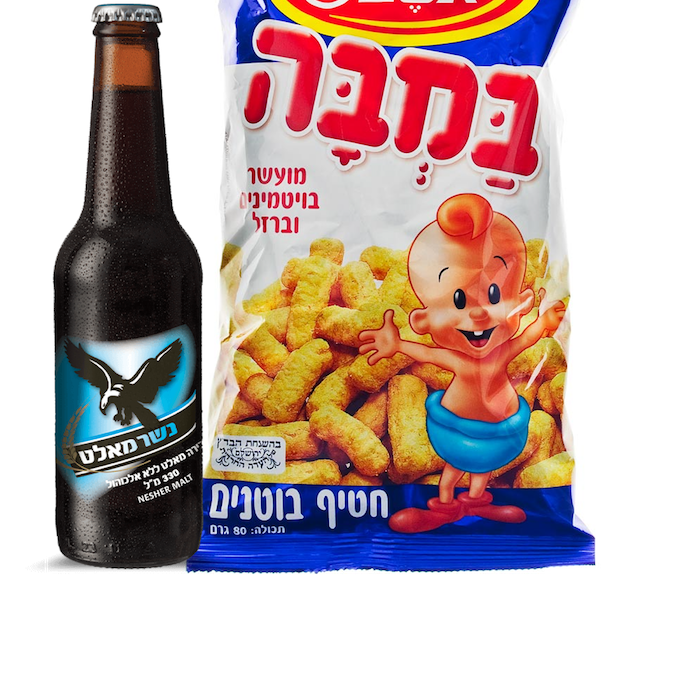 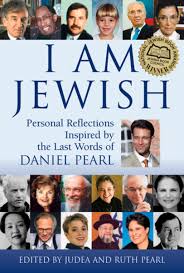 Currently, our WARHEADS Worms are made with gelatin derived from either beef or pork. Our Melster products – Circus Peanuts, Chocolatey Covered Marshmallow Products, Taffy products – also contain gelatin. Our products are not Kosher certified