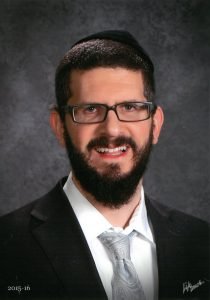 Rabbi White joined the Edmonton Kollel (map below) in 2005 after the Moose Jaw Community Kollel disbanded. Originally from Queens, New York (where hockey was followed during NBA commercials and before pre-season AA minor league baseball), he studied at Baltimores Ner Israel Rabbinical College where he received his Rabbinical ordination; and at Johns Hopkins, leading to his Masters in Education. The now-wed Rabbi spent five years blending in with the 5,000 other aspiring scholars at Yeshivas Mir in Jerusalem. Rabbi White firmly believes in the kollels credo of “Torah for everyone” – and his popular pre-natal “Torah in the Womb” and his “after 120” classes at the chevra kaddisha are well attended. Rabbi White, his wife Miriam, and their children would be ecstatic to host their Jewish brethren for Shabbat.