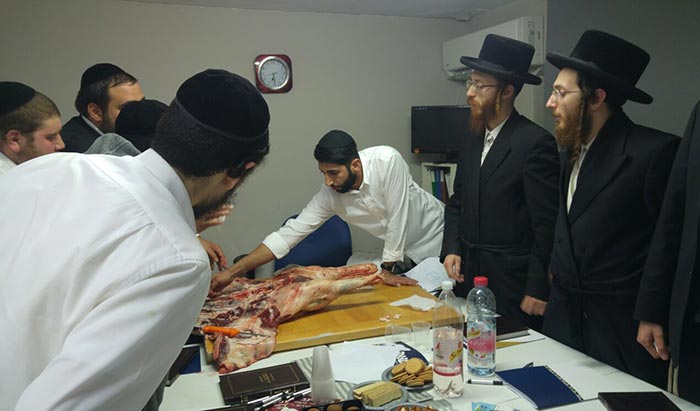 The process of removing the nerve is called Deveining or Traibering from an Aramaic word meaning fat, or Nikkur, meaning to clean, in Hebrew. This process is complicated and post the 13th century was rarely done, as there was an abundance of other meat cuts available. Nowadays, mainly in Israel, it has come back into practice, mainly due to the fact that some of the choicer cuts of meat come from the hind-quarters*.

Exclude Israel there’s no national kosher certification in the U.S. is willing to supervise the nikkur of the more commonly eaten domesticated meats such as beef and lamb.

I found this Beit Din of the Sepharadi communities of Queens, NY do Kashering and selling this premium pieces of meat.

The removal of the gid hanasheh (Hebrew: גִּיד הַנָּשֶׁה‎) and chelev (forbidden fats) is called nikkur. Since it is labor intensive to remove all the forbidden parts of the hindquarters of an animal, the entire hindquarters are usually sold to the non-kosher market outside of Israel and a few other markets with sufficient Jewish populations to justify the expense.

* The typical hindquarter weighs around 175lbs hanging(Hanging weight is the un-cut un-boned weight).